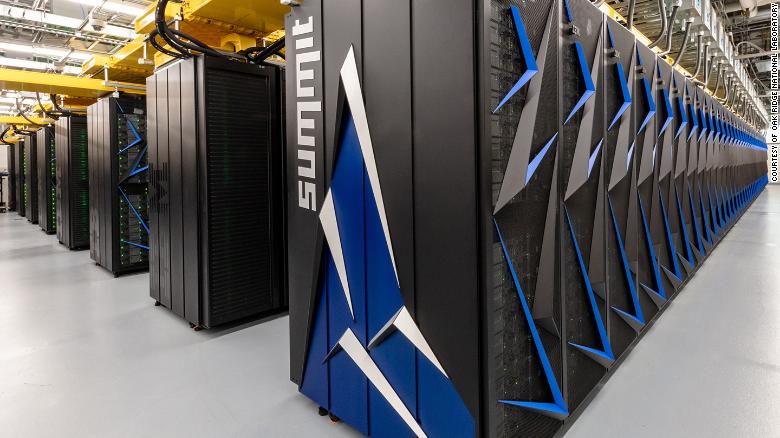 Quote:
The novel coronavirus presents an unprecedented challenge for scientists: The speed at which the virus spreads means they must accelerate their research.
But this is what the world's fastest supercomputer was built for.
Summit, IBM's supercomputer equipped with the "brain of AI," ran thousands of simulations to analyze which drug compounds might effectively stop the virus from infecting host cells.
The supercomputer identified 77 of them. It's a promising step toward creating the most effective treatment.
Researchers at Oak Ridge National Laboratory published their findings in the journal ChemRxiv.
Summit was built to solve the world's problems
Summit was commissioned by the US Department of Energy in 2014 for the purpose it's serving now -- solving the world's problems.
It's got the power of 200 petaflops, which means it has the computing speed of 200 quadrillion calculations per second, aka: It's 1 million times more powerful than the fastest laptop.